Deformation twinning is the primary plastic deformation mechanism in several bcc, hcp and low stacking fault energy fcc metals and alloys. In this work we have focussed on twinning in fcc alloys.

It is now well accepted that twin nucleation in fcc materials occurs due to passage of Shockley partials over successive {111} planes. Several dislocation based mechanisms have been proposed to explain the nucleation of a twin. However, little attention has been paid to the energy pathway (called generalized planar fault energy, GPFE) for twinning at the atomic level. The present work correlates the twinning propensity of fcc metals and alloys with their GPFEs. We have calculated the GPFEs for various fcc metals and alloys (such as shown in Fig. 2) from first principles using density functional theory. Our study reveals the competing role of the barriers involved (namely, the twinning barrier and the unstable stacking fault energy barrier) on the twinning tendency of fcc metals and alloys. Our results also suggest a strong correlation between the fault energies and the electron charge density distribution in the vicinity of planar defects such as stacking faults, twins etc (Figure 1). 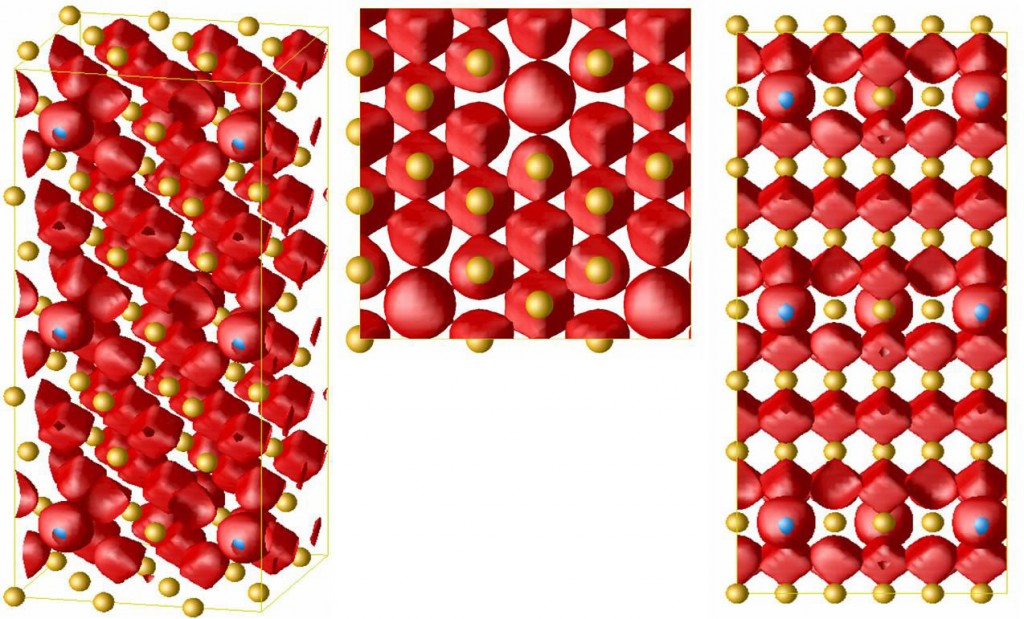 Our results suggest a strong correlation between the fault energies and elctron charge density redistribution in fcc alloys. 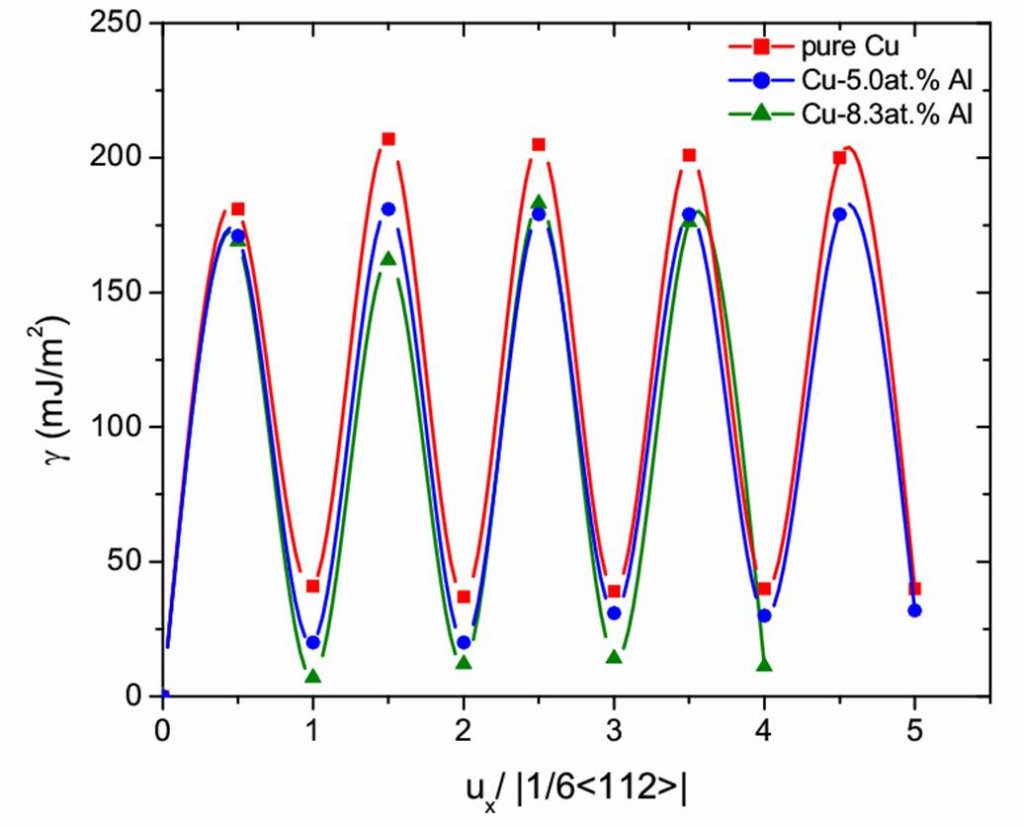 Figure 2 The energy pathway for twin nucleation: above figure shows the generalized planar fault energies (GPFE) for pure Cu and Cu-Al alloys calculated using VASP-PAW-GGA. Our calculations show that addition of Al results in a decrease in intrinsic and twin stacking fault energies in agreement with experiment. Note the relatively large decrease in twinning barrier due to Al addition which dominates a relatively smaller decrease in the unstable stacking fault energy barrier in Cu-Al alloys. This dramatic decrease in twinning barrier relative to pure Cu results in an increased twinning propensity of Cu-Al alloys ( from Kibey et al., APL 2006).